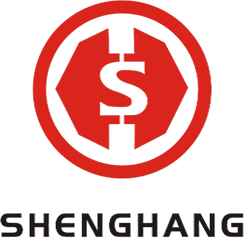 news
Home —INDUSTRY NEWS —What types of screws are there?

What types of screws are there?

What types of screws are there?

Hex cap screw and Hex bolt Hex bolt As the name suggests, it is a male threaded fastener with a hexagonal head, designed to be turned with a wrench. According to the ASME B18.2.1 standard, the head height and shank length tolerance of the hexagon head screw (Hex cap screw) is smaller than that of the general large hexagon bolt (Hex bolt), so ASME B18.2.1 hexagon screw is suitable for installation in all hexagon bolts that can be used. places, also including places where the large hex bolts are too large to be used.

Socket cap screw, also known as socket head screw or), is a screw with a hexagonal inner hole on the head, which can be tightened or loosened only after a hexagonal ruler (hex key, Allen wrench or Allen key) is inserted into the inner hole. The most commonly used hexagon socket head screws are cylindrical head screws with a head diameter of about 1.5 times the main diameter of the thread (1960 series). Countersunk head cap screw. The counterbore design allows the screw head to rotate without being exposed on the surface of the fixed object, so it is mostly used in places where the surface is small and traditional wrenches are inconvenient to use.

Machine screw is generally a screw (4#~12#) with a diameter of less than &frac14; inches, usually full teeth and is rotated by a screwdriver, such as slotted, cross or hexagon socket.

3. After the surfacing is finished, hammer the end face with a hand hammer to cause the broken bolt to vibrate along its axis. Due to the heat generated by the previous arc and the subsequent cooling plus the vibration at this time, the broken bolt and the thread of the body will be loose in between.

4. Carefully observe, when it is found that a small amount of rust leaks from the fracture after the knock, take the M18 nut and put it on the surfacing column head and weld the two together.

5. After welding, use a Torx wrench to cover the nut while it is still hot, and twist it back and forth. You can also tap the end face of the nut with a small hand hammer while twisting back and forth, so that the broken bolt can be taken out.

6. After taking out the broken bolt, use a suitable tap to process the thread in the frame to remove rust and other debris in the hole. There are two types of screw surface inspections, one is the inspection before the screw is produced and not plated, and the other is the inspection after the screw is plated, that is to say, after the screw is hardened and the surface of the screw is treated. After the screws are produced and before electroplating, we inspect the screws in various aspects such as size and tolerance. See if there are national standards or customer requirements. After the surface treatment of the screws, we will inspect the plated screws, mainly to check the color of the plating and whether there are any broken screws. In this way, when we deliver screw goods to customers, customers can successfully pass the customs when they receive the goods. Inspection after screw processing:

The amount used has a micrometer, a vernier caliper, a plug gauge, and the like.

Microscopy is called metallography, which is to magnify the etched fasteners on a metallographic microscope with a micrometer eyepiece to measure the thickness of the coating on the cross-section.

The timing liquid flow method uses a solution that can dissolve the coating to flow on the local surface of the coating, and calculates the thickness of the coating according to the time required for the local coating to dissolve. There are also coating drop method, anodic dissolution Coulomb method, etc.

3. Inspection of the adhesion strength of screw coating

There are many methods for evaluating the adhesion between the coating and the base metal, usually the following.

Shandong Shenghang Technology Co., Ltd. is located in Linyi City, Shandong Province. It is a famous manufacturing and logistics capital in China, with complete supporting industries and convenient logistics. It is one hour's drive from Rizhao Port and three hours' drive from Qingdao port. The air, land and sea transportation routes are smooth. Whether in China or abroad, it can choose the best path for customers and quickly deliver products to customers.

NEXT: What is Tpo Membrane